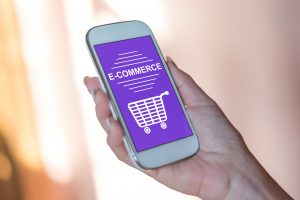 CUSTOMER Team Worldwide Newark has specialized in e-commerce logistics even before there was internet. For nearly 30 years, it has provided e-commerce logistics to numerous companies. One of its first customers was J&R Music Company, an online electronics and music retailer that was started in 1971 by founders Joe and Rachelle Friedman who emigrated to New York from Israel. The heavily trafficked store had expanded from selling LPs to eventually encompassing J&R Music World and J&R Computer World, selling everything from Blu-Ray Disc players to the latest electronic gadgets. The company would close its doors in 2017. Another longtime customer, Brainstorm Logistics, LLC, has relied on Team Worldwide for e-commerce needs for 16 years. It is headquartered in Pine Brook, NJ and has been in business since 2000 providing management services. Team Worldwide has also been in business with Beach Trading Company, a family owned business and award-winning company out of Edison, NJ, since 2011. It sells home entertainment supplies such as televisions and personal and automobile GPS navigators. Team Worldwide has also done business with Adorama Store in New York. The business offers photo, video, and electronics. It also offers audio gear, musical instruments, and equipment. It has served customers for more than 35 years and has grown from its flagship New York City store to include the leading online destination for photography, imaging, and consumer electronics. Its vast product offerings encompass home entertainment, mobile computing, and professional video and audio.

NEED These customers depend on Team to accurately ship their product to the right place and to ensure the customer knows when it’s there.
With J&R Music World, it was one of the premier mail order companies in electronics, and Team Worldwide was needed to ship their catalog mail orders out to the public. When the internet grew, so did the dependency on Team Worldwide. “When the internet expanded, we looked for companies in that same industry,” Maurer said. “We came across some and grew from there.” Team got involved with Brainstorm Logistics, LLC in 2003 and fulfilled orders shipping large items such as televisions and exercise equipment. “Anything that was too big for UPS to handle, we took care of it,” Maurer said.

SOLUTION Unlike their competitors, Team Worldwide notifies their customer of a delivery along with a four-hour window giving the recipient enough notice. “The difference between us and our competitors such as UPS is that we don’t just walk up to the door and leave the product there; we call and schedule a day when it can be delivered.”

“When the internet expanded, we looked for companies in the same industry and we came across a few of them and grew from there,” said Joe Maurer, Jr., Team Worldwide Newark Branch Owner.