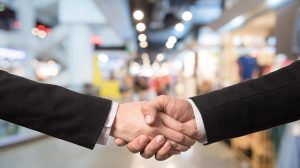 NEED RGI sent a full truckload of exhibit material to Anchorage, AK, for one of their largest clients, Rockwall Automation. Although they arranged the truckload themselves, using their own equipment, one very important item (electric coils) was accidentally left off the truck in error and it was not noticed until the day the truck arrived into ANC. RGI received a call from its client about this much needed missing case. The shipper, finding this out late in the day due to the four-hour time difference, knew who to call – Team Worldwide.

SOLUTION Team received this panic-stricken phone call at around 6 p.m. about the shipment and RGI needed the shipment to arrive overnight. Due to the weight, size, and the unit being on wheels, Team was very limited on what kind of airlift we had to exit Cleveland. Team had already missed the cut-off for the integrated carriers like FedEx and UPS due to the lateness of the day. However, Team Worldwide Cleveland gathered all the options and brainstormed together understanding the client’s need and the urgency of the shipment. Being familiar with the airlines, Team decided that running a hotshot to the Chicago airport to catch the first direct flight in the morning to Anchorage on United Cargo Airlines was the best option. Because of the urgency, Team kept its client updated throughout the whole shipment process, from the shipment being tendered to the airline in Chicago, confirmed on board the flight and when the flight arrived in Anchorage. Team Worldwide, being familiar with the trade show industry system wide, and our partners, our delivery agent in Anchorage was made aware of the urgency of this shipment. They had a driver waiting at the airport when the plane landed and were able to recover the shipment quickly and to the client in record time. The shipment successfully arrived the next day and delivered by 3 p.m.

“Urgency is always a key factor when handling trade shows – and every minute matters.
When Team Worldwide as a whole works together to handle those difficult shipments and takes the stress from our clients knowing that its in our hands and we are the specialists in moving freight,” comments Patti Prokesh, co-owner of Team Cleveland.